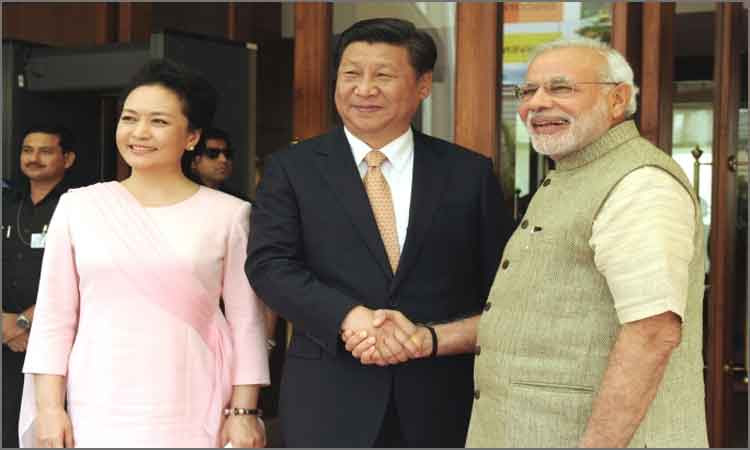 China’s recent dragon dance to block India’s membership of the Nuclear Suppliers Group (NSG) by hook or crook has brought out interesting geo-political insights. China’s fig-leaf of rhetoric of “principled adherence to the international laws” is just that, a fig-leaf, because China has never adhered to the spirit of international law whether it is UNCLOS or the NSG or the NPT itself. China is currently in violation of the NSG rules by building additional nuclear reactors at Chashma, Pakistan without seeking formal NSG exemption or waiver. China has been the worst horizontal as well vertical proliferator of nuclear weapons having been the fountain-head of the CHIPNOKISS nuclear proliferation network. Chinese nuclear weapons designs showed up in Libya when that country turned in the nuclear program documents to IAEA.

China had doubled down its efforts to hyphenate India with its “all-weather friend” Pakistan regarding India’s entry into NSG in cahoots with Pakistan. China articulated three main pseudo-arguments against India’s entry into the NSG; mainly that India is not a signatory to the NPT of 1968 and allowing India to join will send a wrong message to the non-proliferation agenda, that India’s entry will disturb the strategic balance in Indian sub-continent and will further encourage Pakistan to take more desperate measures to seek strategic parity with India and lastly that the NSG should have criteria-based for enlargement of membership for non-NPT members instead of making country-specific decisions.

On one hand China stated that India is not ready to join NSG simultaneously giving hints that China would allow India’s entry to NSG provided its Asian concubine Pakistan is given the same privilege. China wants to use the Shanghai Cooperation Organization (SCO) “model” for joint and simultaneous entry of both India and Pakistan into the international diplomatic groups in order to continue hyphenation of India with Pakistan in the international arena. China maneuvered this strategy successfully in the SCO summit at Tashkent, Uzbekistan on June 23-24th 2016 because it has controlling voice in the SCO.

After the Seoul NSG meeting was over, other deeper geo-political reasons for China’s refusal to budge became obvious. China became a member of the NSG in May 2004 while it applied for the membership of the MTCR, the same year. China’s membership of the MTCR was denied because of international concerns about China’s proliferation of nuclear weapons and ballistic missiles. Weeks before the October 2004 MTCR meeting, the US had imposed proliferation sanctions on eight Chinese companies. India became the 35th member of the MTCR on June 27th 2016 and China is now green with envy.
China openly argued that India has just negotiated for last eight years for entry to the NSG while China has waited for more than ten years for entry to the MTCR without success! Implication is that India has to wait several more years for the NSG membership like China has waited for the MTCR. China is afraid that India within the MTCR might block China’s membership efforts to be part of the MTCR which it has desperately sought. China is using India’s membership application for the NSG as a double-bargaining chip or a quid quo pro for China’s own admission to the MTCR and Pakistan’s membership of the NSG.

Chinese hostility towards India is superbly reflected in a recent editorial in the state-run Communist Party English language mouth piece the Global Times, lecturing “Indian nationalists” saying “they should learn how to behave themselves” and name-calling Indians as “self-centered and self-righteous people”!

Pakistan’s National Security Advisor Sartaj Aziz and other government functionaries have openly gloated over the fact that Pakistan in cahoots with China was able to kill India’s membership to the NSG. PM Nawaz Sharif reportedly wrote to 17 countries exhorting them to block India’s entry into the NSG. At the same time, Pakistan has started breast-beating that it is being discriminated against India in the NSG membership.

What should the US do?

Unfortunately, prior to the June 2016 meeting of the NSG in Seoul, Korea most of the heavy -lifting was done by India and the Indian PM Narendra Modi. Though the US made supportive and positive statements, the performance of the team Obama-Kerry was no match to the standards set by the team Bush-Rice in 2008. If Obama-Kerry team had emulated the example set by Bush-Rice team, and had worked the phones personally, the outcome might have been different. If President Obama wants to leave his foreign policy legacy shining for the posterity, he will have to work very hard by the end of the year to have a special meeting of the NSG convened by December of 2016 and get India’s membership approved without hyphenating it to Pakistan’s last minute application for NSG membership sponsored by the rogue Chinese regime.

What should be India’s response?

The Government of India should disregard the motivated and partisan domestic criticism about the so-called foreign policy failure. On June 2nd 2016, India had already pipped China by acceding to the International Code of Conduct against Ballistic Missile Proliferation, aka, The Hague Code of Conduct against Ballistic Missile Proliferation (HCOC). In the month of June 2016, India got entry into the HCOC, the SCO and the MTCR.  The MTCR membership will allow India to buy high-end missile technology and predator drones from the US while strengthening its joint ventures with Russia on missile development and research.
India should continue to work in tandem with the US, Mexico, Japan and Australia to get the NSG membership closed by the end of the 2016. A panel for informal consultations on India’s membership headed by Argentine ambassador Rafael Grossi has already been set up by the NSG. Both Mexico and Australia have argued for a special session which the US government has supported. It would require intense Indian diplomatic outreach to the dissenting countries including New Zealand, South Africa, Brazil, Austria and Switzerland. India should let the US work on two countries namely, China and Turkey. Turkey is part of the Islamic brotherhood of Pakistan and would continue to place road-blocks for India on behest of Pakistan. Sooner the Government of India understands it, the better it would be for eventual success. The only country that can exert pressure on China and Turkey is the US.

Simultaneously, India should work towards picking up the low-hanging fruits of the memberships of the Wassenaar Arrangement on Export Controls for Conventional Arms and Dual-Use Goods and Technologies and the Australia Group on export control to prevent spread of chemical weapons. China is not a member of either of these export control groups.  India should formally seek the entry before China becomes members of these two export control arrangements. The Indian diplomatic juggernaut should not end there. India must convince the Obama regime, once for all, about genuinely supporting India’s membership of the APEC instead of providing mere lip-service. Both the US and India must also prepare for possible Chinese opposition to India’s membership in the APEC in 2016. President Obama has a golden opportunity to leave a foreign policy legacy by ending India’s diplomatic isolation by calling the Chinese bluff and organizing a special meeting of the NSG to approve India’s membership of the NSG.

Dr. Adityanjee6 years ago11 months ago 0

Dr. Adityanjee7 years ago11 months ago 0